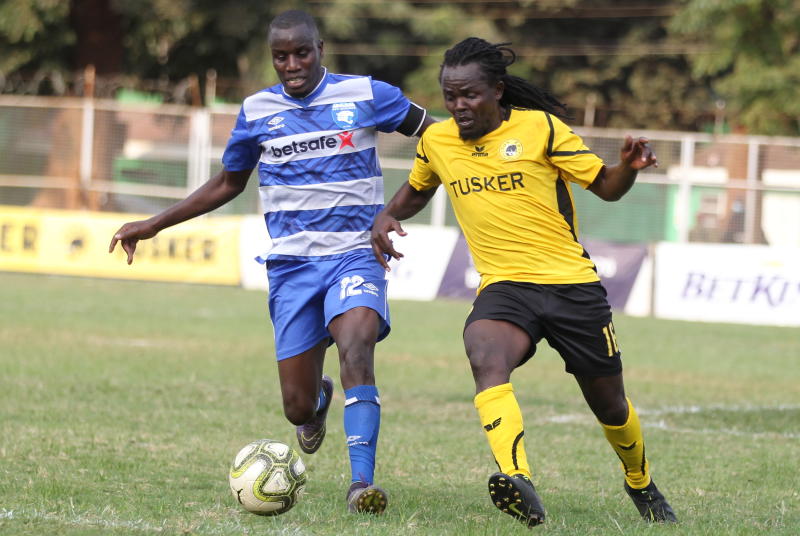 FKF Premier League reigning champions Tusker will kick off their title defense campaign with a crucial match against AFC Leopards in the 2021-2022 topflight fixtures released by the federation on Friday.

According to the fixtures, the season will kick off next week on Saturday, September 25 with another top match featuring record Kenyan champions Gor Mahia and last season runners up KCB.

However, before the league kicks off, local league champions Tusker and FKF Cup holders Gor Mahia will clash on Wednesday in the traditional Super Cup curtain-raiser.

Talanta will mark their return to the top league with a match against Wazito FC as Vihiga Bullets entertain Bidco United.

The last team to join and complete the 18-team league will be known on Sunday Vihiga United and Kenya Police FC set to clash in the second leg of the promotion play-off having played out to a 1-1 draw last weekend.

The new FKF-PL season will kick off without a title sponsor after the exit of Nigerian gaming firm BetKing.

I Am Not A ‘Mganga’, Raila Odinga Tells Off Critics 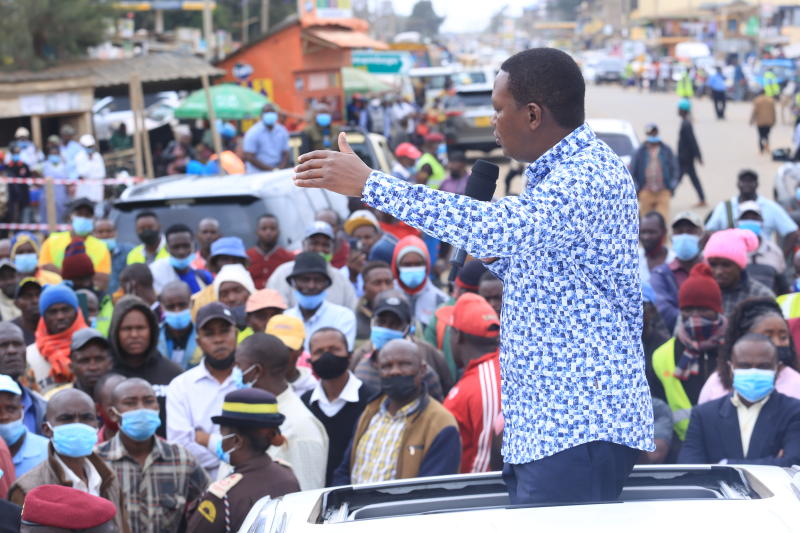 Maendeleo Chap Chap party leader Alfred Mutua has urged political leaders not to overindulge in campaigns at the expense of service delivery to the public.

Dr Mutua, who is also a 2022 presidential aspirant, said while it was the right of politicians to hunt for votes ahead of next year’s General Election, Kenyan citizens have equal rights to enjoy services offered by all government agencies.

“I wish to remind all leaders that we have been elected to serve until the next election day,” Mutua said.

The Machakos governor criticised politicians issuing pre-election promises, noting they first have to account for what they have done.

Mutua defended his development record and urged Ukambani residents to rally behind his bid for presidency.

“The people of Machakos are witness to my development record since I took office in 2013 and I will proudly exit to seek the country’s top seat,” he said.

He reiterated his challenge last week to Wiper party leader Kalonzo Musyoka to retire from active politics, saying the former vice-president had served his time.

“We respect Kalonzo for what he has done for the Kamba community and we are telling him it is now time to exit and pave way for younger blood to take over leadership,” he said.

Mutua also toured Kangundo Level 4 Hospital where he inspected the newly constructed Intensive Care Unit Complex which he said will be equipped soon. 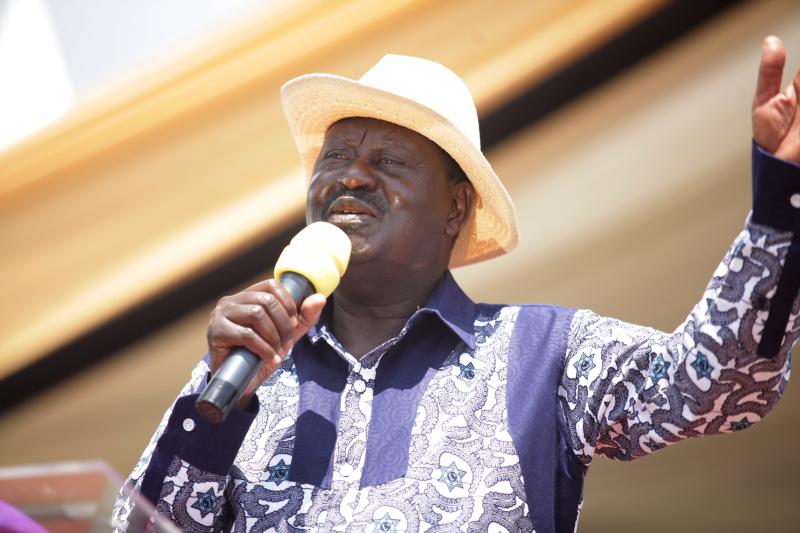 ODM leader Raila Odinga (pictured) has narrated how he and President Uhuru Kenyatta buried the hatchet to forge a united front.

Speaking at the University of Nairobi where he met youth from Mt Kenya, Raila said he has since forgiven Uhuru for calling him muguruki, Gikuyu for a mad man.

The ODM leader said the President had also forgiven him for referring to him as a drunkard.

Raila was explaining what happened in the aftermath of the 2017 repeat presidential election that he and his team boycotted.

Following the stalemate, Raila and Uhuru, on March 9, 2018, buried their differences in a rapprochement now famously called the Handshake.

The ODM leader said he and Uhuru were locked in two meetings that lasted 13 hours and six hours before they agreed to resolve the issues.

Their motivation, Raila says, was the nationalistic roles played by their fathers and hence their contribution to Kenya’s independence.

Raila said their fathers were so close that Uhuru is like his brother. “We remember where we came from and our sense of nationalism,” he said.

He cautioned Kenyans against viewing each other only by the community they belong to.

“Never again will Kenyans fight after an election,” the ODM leader added.

Raila further added that he is confident next year’s polls will be free and fair.

He said the top contributor to post-election violence is how the polls are conducted.

Raila said there is a need to address unity in the run-up to the election to avoid violence, which is what the Handshake is premised on.

Raila’s meeting with the Mount Kenya youth comes on the backdrop of politicians wooing the vote-rich bloc ahead of the general election.

The Mount Kenya Foundation (MKF) leaders have announced they will unveil their preferred presidential candidate at a retreat in Limuru.

MKF made the disclosure on October 8 as they fought claims that they had settled on ODM leader Raila Odinga on a day One Kenya Alliance (OKA) principals made a strong pitch for their respective candidature.

The businessmen and politicians challenged the opposition leaders to present a united front in the next poll to avoid splitting votes in what may work in favour of Deputy President William Ruto.