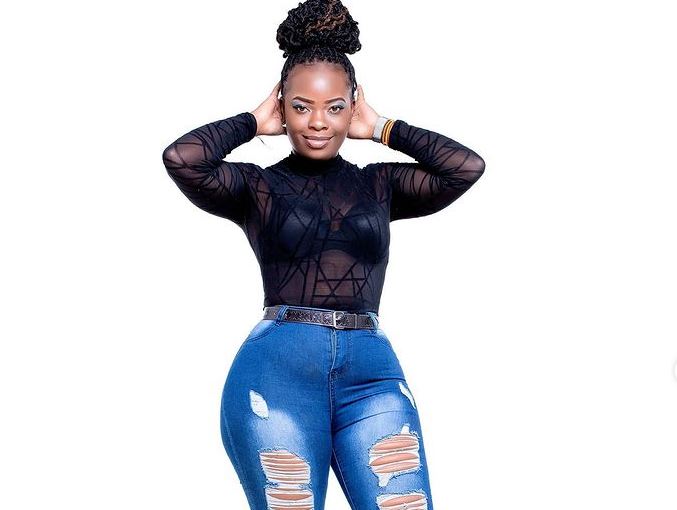 Bahati’s baby mama, Yvette Obura, has announced she has parted ways with her fiancé, Trevor Nzomo, roughly four months after their engagement.

Giving more details on her relationship during a Question and Answer session on her Instagram, the mother of one stated that she was no longer in a relationship explaining that love in Nairobi is a scam.

“Are you in a relationship?” asked one of her fans, to which she responded, “No I’m not.”

Another asked, “You were engaged, what happened because now you are saying you are single?” She responded saying, “Mapenzi ya Kanairo is a scam.”

Considering Yvette and Trevor had been engaged for a few months, curious netizens questioned what she would do with the ring or if she had given it back.

In response, Yvette disclosed that she lost the engagement ring while changing into a different outfit for a photo shoot at the Two Rivers Mall. But, unfortunately, by the time she remembered to go back and check, it was already gone.

“Sad story, had a shoot at Two Rivers. While changing outfits I placed it somewhere. Within minutes it was gone,” she wrote.

From the onset of their relationship, the businesswoman was skeptical about introducing her man on the internet.

During a previous interview on Radio Jambo with Massawe Jappani, Yvette assured that she would never post him on social media.

“Have you ever posted him on social media?” Questioned Massawe.

Yvette replied saying, “I will never. Actually you are the one who has had the privilege of seeing him so let’s keep it on the low.”

This was Yvette’s first public relationship since breaking up with the father of her daughter five years ago. According to her, their relationship ended due to lack of interest after their daughter’s arrival.

“Nothing serious happened between us to cause for us to break up. People fall in and out of love all the time and that was our case. I was the one that fell out of love first. Other than being his baby mama I don’t like being on the limelight. I just felt I couldn’t do it.

“Diana did not steal Bahati from me, worse off when I was pregnant, no. After I delivered Mueni we went our separate ways. I know there is a narrative going on social media, people questioning how come Diana and Bahati are celebrating their five-year anniversary, yet Mueni is five. Let me just say it happened that way, doesn’t mean he was snatched from me when I was still pregnant,” she said. 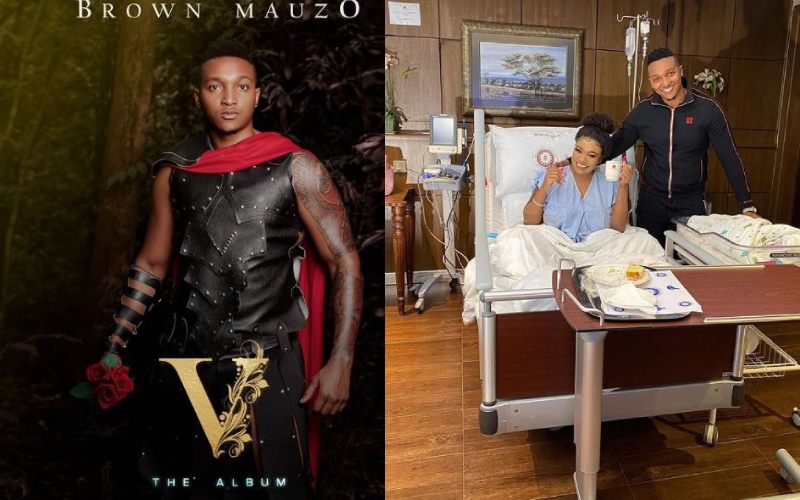 Kenyan musician Brown Mauzo has released a new album and dedicated it to his wife Vera Sidika and their daughter Asia Brown.

Taking to social media, Mauzo said that the album titled ‘V’ is a special dedication to his young family and most especially Vera for being by his side since day one.

“Dear my wife @queenveebosset , this is an album that I recorded and dedicated it to you and our daughter @princess_asiabrown .

“You have been instrumental in my life since day one and I wanted to award you with something timeless…. These are my thoughts about our relationship. The album is titled “V” ( Vera ),” he wrote.

The album has 12 songs and features a number of artistes including Masauti, Mwasi, Ndovu Kuu, Baraka Da Prince and Kaa la Moto. 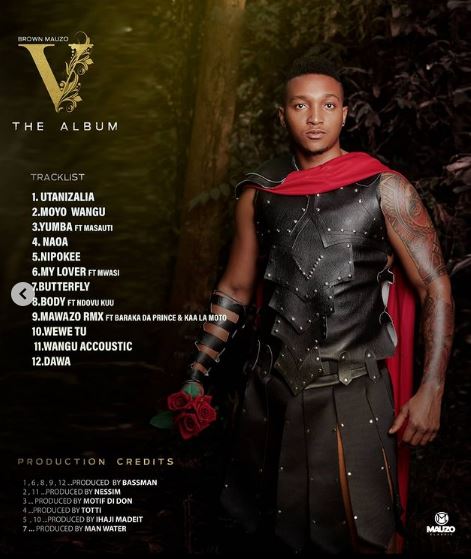 In the comments section, Vera gushed over the thoughtful gesture, declaring her love for the Natamani hitmaker.

“Awww this is one big surprise my love. Wow gosh…the way I’ve been so busy breastfeeding @princess_asiabrown…we love you,” wrote Vera.

The celebrity couple welcomed their bundle of joy, Asia Brown, on Mashujaa Day.

Vera revealed to her followers that their daughter was born at 10.21am and she could not hide her joy as she began her motherhood journey.

The businesswoman further said she chose to give birth on October 20, 2021, a public holiday, to allow her daughter celebrate her birthday with family.

“Since elective CS allows you to select a date within a particular timeframe, I personally chose the date 20th October 2021 so she can be celebrating her birthdays from home with family since it’s a public holiday, Mashujaa day and phewx! Curfew got lifted a few hours right after she was born. Such a blessing,” she said.

Just last month, Vera said she would deliver her baby in Kenya and not abroad as had been planned.

She disclosed that were it not for Coronavirus, she would have travelled to USA for the delivery since her visa is still active. 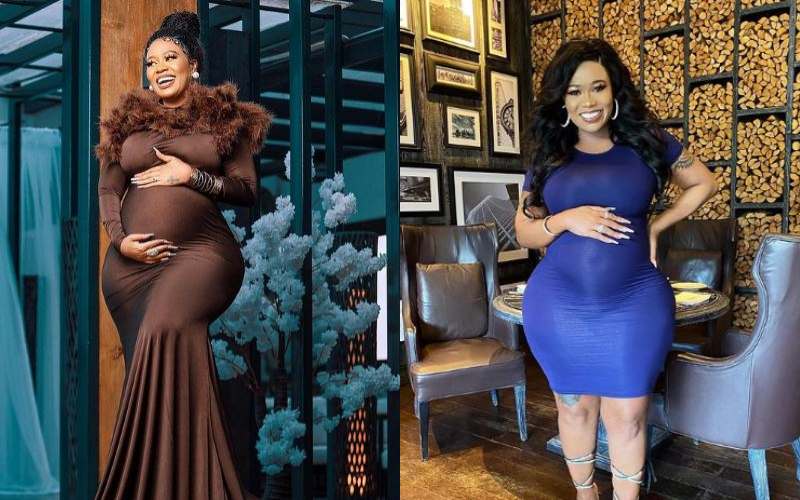 Taking to social media, Vera revealed to her followers that their daughter was born at 10.21am and she could not hide her joy as she began her motherhood journey.

Just last month, Vera said she would deliver her baby in Kenya and not abroad as had been planned. She disclosed that were it not for Coronavirus, she would have travelled to USA for the delivery since her Visa is still active.

She also said she would not have wanted to be lonely during her pregnancy.

“Btw, I almost travelled to give birth in USA. Since my 5 year USA Visa still valid. But this Covid pandemic isn’t fun. Then again couldn’t handle the idea of being away from family and friends during my pregnancy for 4-6 months.

“While preggo, u need all the love and affection from friends, family on a regular. Being in a foreign country where everyone is super busy, working two or more jobs to even have time for you. Can be very depressing. Especially in this pandemic. You’ll just end up alone when everyone’s at work. I made the right decision and I have enjoyed my entire pregnancy journey. Nothing beats home,” she said at the time.

From the photo she shared on social media, Vera seems to have delivered at a top city hospital, in the company of her partner Brown Mauzo.

Earlier this year, Vera had hinted at plans to undergo Elective Caesarean delivery – a scheduled nonmedical surgery to give birth to her baby.

Opening up on her decision, the Veetox founder stated that she changed her mind after realising there are other painless options.

“I have forever been team CS (scheduled). I don’t want to feel an inch of labour pain. In fact, I even want to slay. Have my wig and makeup on fleek during my delivery. I honestly can’t deal with pain. Y’all keep saying CS takes time to heal, who told you I’m in a hurry to heal?” she asked at the time.